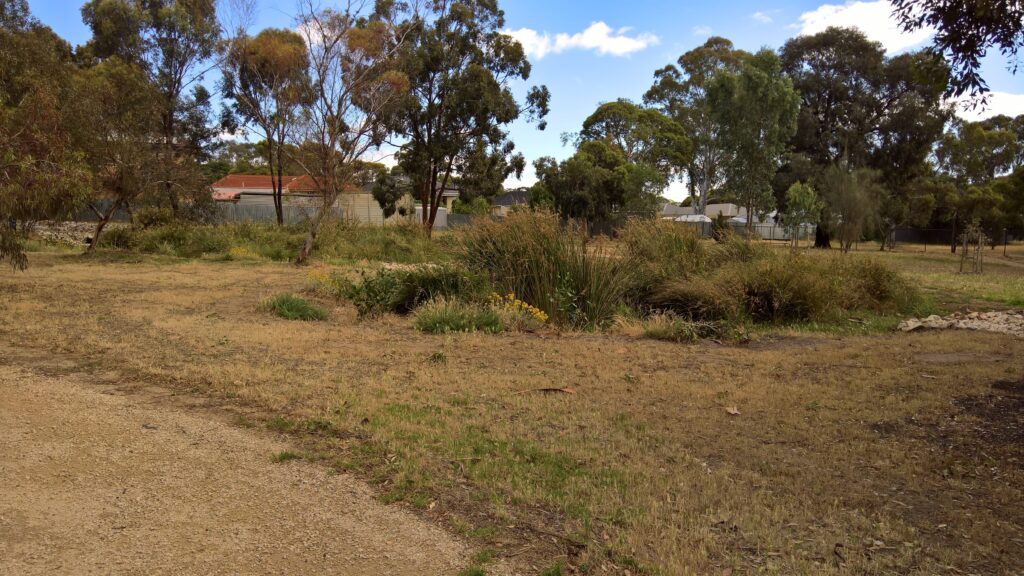 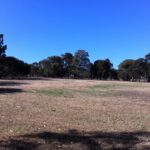 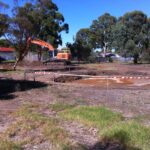 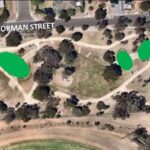 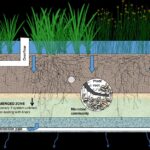 The Norman Street Reserve had experienced diminished community value since the water restrictions that were imposed during the drought period, and amenity loss had continued when irrigation was switched off due to high cost of mains water.

The implementation of WSUD features as a means of reducing stormwater runoff and increasing reuse is a key objective of the City of Mitcham’s Strategic Management Plan and is also consistent with climate change adaptation plans adopted under the Resilient South Project, the Health and Wellbeing Plan, and in line with “green infrastructure” principles.

Previously, stormwater in the street was managed via the kerb and gutter system draining to a conventional underground stormwater pipe system and associated side entry pits (SEPs) at the end of the street. In the new design, runoff from Aurrichio Avenue and Norman Street is directed to a series of four raingardens that are located and sized to cater to the contributing sub-catchment. The rain gardens contain sedges and rushes that are effective at removing pollutants, in particular nitrogen, from the stormwater.

Treated stormwater collected by the northern raingardens underdrains (100mm slotted PVC pipe), overflows to the raingardens in the south through a series of swales and distributes this filtered water throughout the reserve. Any subsequent overflow discharges to the existing downstream drainage system and ultimately to the Patawalonga.