Urban infill development – but not as we know it!

Urban infill development – but not as we know it!

As we transition to a more consolidated urban form, we explore what our cities of the future could look like if we reconsider the design of small-scale urban infill at the precinct and allotment scale. Quality private green space and urban infill need not be mutually exclusive – private landscapes contribute to the important role that streetscapes and public green space play in transforming our inner suburbs. Join our panel of experts as we re-imagine our suburbs and seek out residential architectural design that paves the way for developments that add value to the urban landscape and enhance community wellbeing.

He has been involved in advising those state governments on a wide range of projects and on issues that include design quality, project procurement, heritage, master planning, sustainability, and development strategies.  He maintains a role as a consultant on urban design, architecture, design review and architectural competitions.

He is an active researcher in the Cooperative Research Centre for Water Sensitive Cities and has a long-term professional and research interest in medium density housing and forms of delivery that provide better design and more affordability. 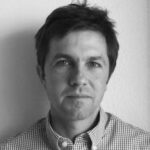 Nigel established NMBW Architecture Studio in Melbourne with Marika Neustupny and Lucinda McLean in 1997. Their architectural work continuing since that time has been widely published and awarded across categories including single and multiple residential design, small public works, adaptive re-use of existing buildings and peripheral urban design strategies. NMBW’s work is known for its careful reading of existing conditions, at both an urban scale and the scale of individual inhabitation.

In 2010 Nigel completed his PhD through architectural project at RMIT University, where he taught for 11 years and was co-director of the Urban Architecture Laboratory research unit, within the School of Architecture and Design. From 2007-10 Bertram was a member of the Sullivans Cove Design Panel, which advised the Tasmanian Government on urban design, planning and architectural matters within the highly sensitive Sullivans Cove precinct of central Hobart. He was recently appointed as a member of the Design Review Panel established by the Office of the Victorian Government Architect. 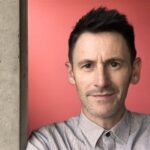 Dr Damian Madigan is a Lecturer in Architecture at the University of South Australia, a sole-practitioner architect and a Fellow of the Australian Institute of Architects. His research-by-design centres around the flexibility of existing houses and suburban futures. His particular research emphasis is on the adaptability of the Adelaide villa and cottage, and the capacity for change in our established suburbs. His work encompasses design speculation across the fields of infill housing, density, adaptive reuse, heritage, cultural memory, ageing in place and household diversity.

Damian’s design research considers how we might retain and adapt our late 19th and early 20th Century housing stock to increase dwelling numbers and choice regardless of whether or not these existing houses fall under heritage protection. In April, this thinking was tested using Sydney’s new Medium Density Design Guide, where his ‘Established Manors’ design speculation won the Manor House category in the Missing Middle Competition for the NSW Office of the Government Architect.