The “loss and devastation” of a relentless drought captured from space | ABC News, 29 October 2020

Sydney’s new suburbs are too hot for people to live in | Bloomberg Green, 16 September 2020

The Australian suburbs and council areas most vulnerable to extreme heat | news.com.au, 5 January 2019

Secret of coolest garden on street | The Advertiser, Sunday 3 March 2019 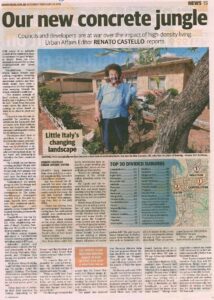 How gardens can cut power bills | The Advertiser, Saturday 2 March 2019

Infill is behind the heat increase |
North Eastern Weekly, 13 February 2019 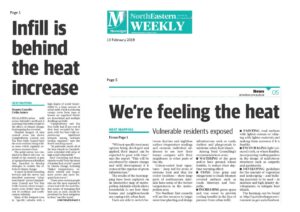